Melaye Senator hospitalised after jumping out of moving police vehicle 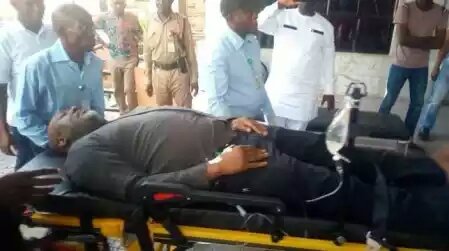 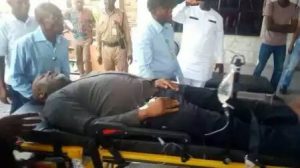 Kogi lawmaker, Senator Dino Melaye, has been rushed to a private hospital in Abuja after sustaining injuries from his attempt to stop police officers from transporting him to Kogi state on Tuesday, April 24, 2018.

The lawmaker had been arrested earlier on Tuesday by operatives of the Special Anti Robbery Squad (SARS) in Abuja and was being transported to Kogi when he jumped out of the moving vehicle which led to the injuries.

Senator Dino Melaye wheeled into the hospital on a stretcher

According to a report by TheCable, an ambulance brought the lawmaker into Zankli hospital in the Mabushi district of Abuja around 4:25pm, after which he was admitted into the emergency unit. 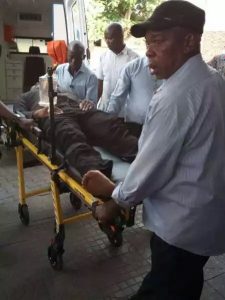