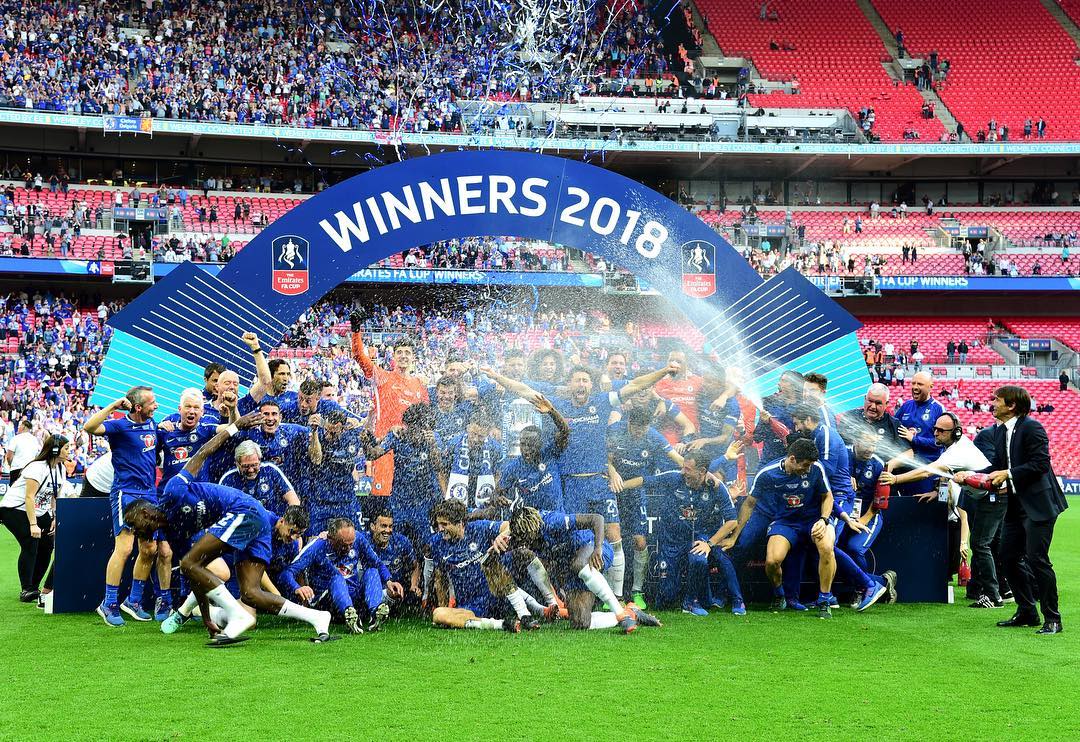 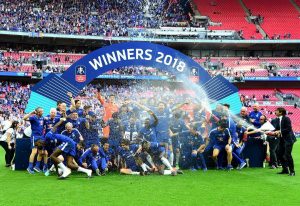 This is the kind of day by which Antonio Conte will like to remember his time at Chelsea, if indeed it is to end after two seasons and two major trophies, with a cup in his hand, champagne in his hair and his old enemy Jose Mourinho wondering how easily he let a final slip away.

Both men have had the great advantage of managing Eden Hazard and both have seemed to disapprove at times of the mercurial Belgian and his rare, unpredictable talent – but on this day there was no questioning the great quality of Chelsea’s No 10. As he ran away from Phil Jones on 21 minutes, trailing the Englishman like an old rig pursuing a sail boat in a breezy bay, one wondered what he might to do England when Belgium meet them in the World Cup next month.

This was a dreadful final but you were left with the impression that Hazard remains a great player in an era when what it means to be the best has been taken to new levels by the two stars of the Spanish game. He stroked in the 22nd-minute penalty that decided the game as if he were posting his neighbour’s mail, and although United got to grips with him better in the second half the damage was already done.

United were woeful in the first half, although Mourinho did not see it that way. “I’m quite curious today, tomorrow, the next couple of days to read, to watch, to listen to your opinions,” he said in his press conference, “especially because now I’m on holidays and I have more time for that.” Of course, he did not mean any of that, it was sim 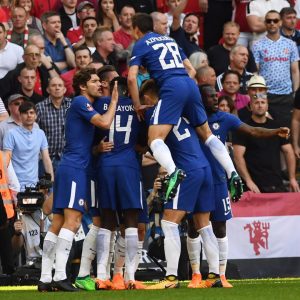 He complained that it was Chelsea who were the more unadventurous of the two and said to the BBC that they had not deserved to win. Just after he had bemoaned Romelu Lukaku’s withdrawal, the Wembley press room sound system packed in and the sound of whining filled the room, although at that moment Mourinho was silent. It was the first time he had lost a domestic cup final in England.

There were fine performances in the Chelsea shirts, from Thibaut Courtois in particular when United burst into life in the second half. It was a good day for the likes of N’Golo Kante, Gary Cahill and Antonio Rudiger but it was not United as they like to imagine themselves at Wembley. They had 70 minutes including stoppage time to reel in Chelsea and they failed miserably, ending the game as they began it, with no real flair in attack. 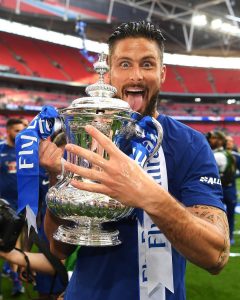 When the last corner sailed straight into Courtois’ gloves, Alexis Sanchez ripped off some strapping and threw it to the turf in frustration. It is a season without a trophy for Mourinho and a very dull note on which to sign off for the summer. Conte on the other hand has his second major English honour and the eighth FA Cup of Chelsea’s history, lifting them above Liverpool on seven to draw level with Tottenham Hotspur in third on the same total.

Afterwards, the Chelsea manager came in wielding the phrase “serial winner” to describe himself. His intention was to portray himself as the man who had warned in the summer that the squad was not strong enough to defend its title and had subsequently got the maximum from that group of players. “If they want to continue to work with me, they know me,” he said of the club’s board. “I can’t change [the way I play]. My way is always the same.”

It sounded suspiciously like a manager daring his club to sack him, which would suit Conte nicely given that he knows Chelsea have no intention of doing things the way that he wants to. He signed off with a full defence of his record, of his two trophies in two years and the clear inference that the ball is very much in the club’s side of the court when it comes to his future. 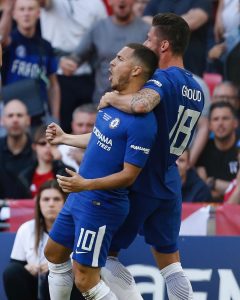 What may make that decision inevitable is any breakdown in his relationship with Hazard, again the match-winner and for whom Marina Granovskaia would currently sack any manager to safeguard the future of Chelsea’s brilliant No 10. He faded a little after the break and was substituted in the last few minutes, with Chris Smalling and Ander Herrera having marked him better in the second half. By then, however, Jones was bleeding from the head while the blood in his veins had been well and truly twisted by Hazard.