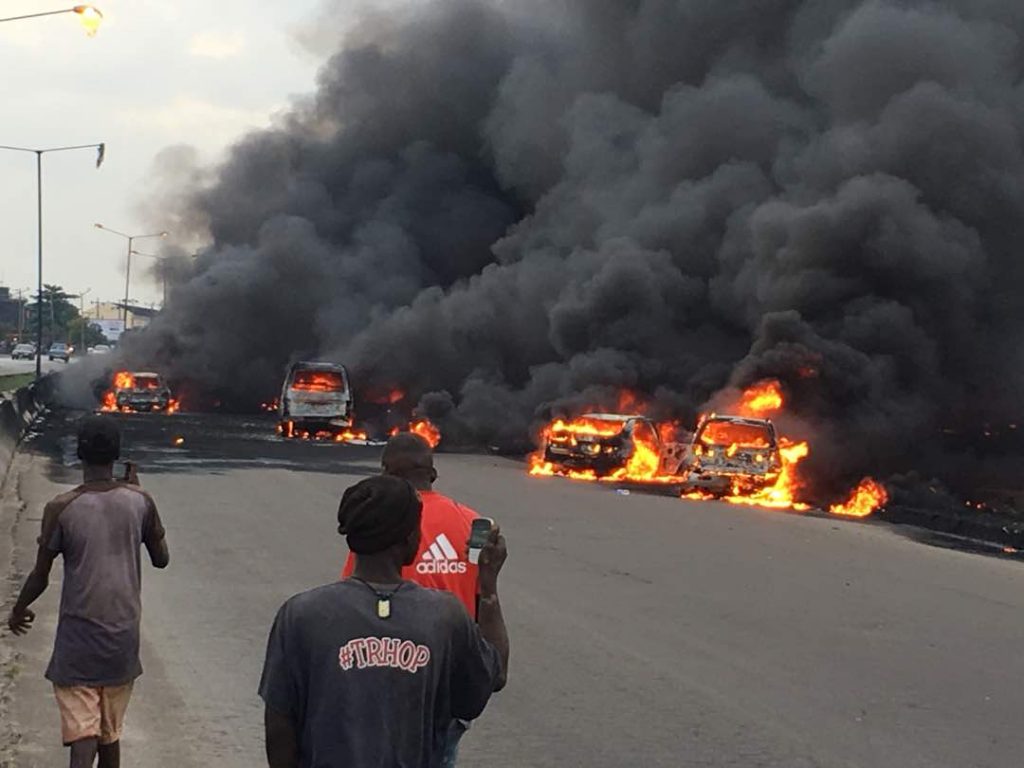 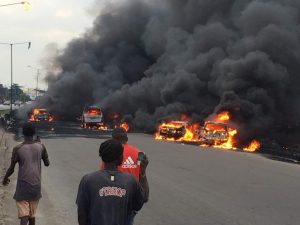 A fuel tanker caught fire on Otedola Bridge outward Lagos  with many vehicles trapped in the growing fire .

Officials of the Lagos State Emergency Management Agency and Lagos Fire Service have been mobilised , reports the rapid Response Squad via its Twitter handle , @rrslagos 767 .

The RRS said its men were “on ground to manage the situation.”

LASEMA officials and other government agents were seen with body bags , confirming fears that many road users may have died in the incident .

The fire was brought under control about an hour after the outbreak , as men of the Lagos State Fire Service tackled it.

The fire involved a fuel tanker and about 30 vehicles .

The Federal Road Safety Corps confirmed the story , even as it warned road users to avoid the scene of the inferno .

As of the time of filing this report , tens of vehicles were caught in the inferno , and many are feared dead .

Reports add that the traffic backlog as a result of the explosion extends as far back as the Third Mainland Bridge , backing up to the UNILAG water –

Over 50 cars on fire but the number of dead is still unknown.