Otedola Bridge Explosion : The exact number of people that died:-KOSERENAIJA 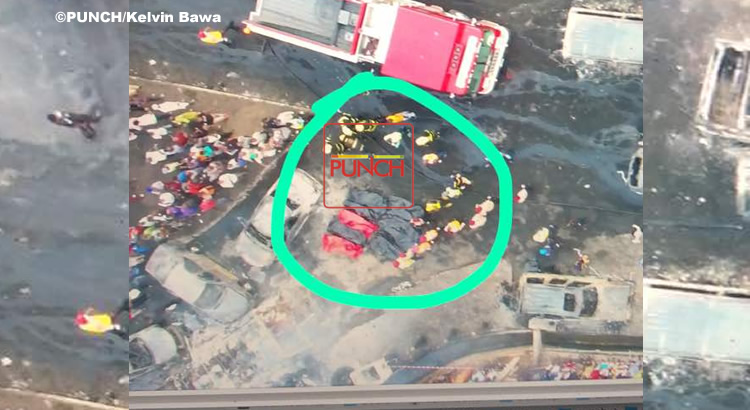 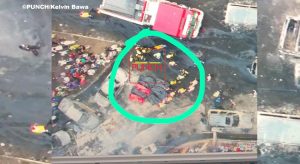 At least nine persons have been confirmed dead in a tanker explosion that occurred on Otedola Bridge outward Lagos on Thursday evening .

Confirming the number of the casualties , the Federal Road Safety Corps spokesperson , Mr . Bisi Kazeem , added that 54 vehicles were also burnt in the incident .

Our correspondent noted that no less than eight body bags were lined up on the bridge ( see main photo ) , as rescue operations continued .

While Kazeem said that rescue operations were ongoing, eyewitness ’ account related that the incident resulted in a traffic jam that extended to the Third Mainland Bridge .

He said , “We got a distress call this afternoon concerning an accident at Otedola bridge , through our emergency control room, and we activated our emergency response from the information . When we got here , we saw that a tanker that fell , it spilled its content and there was explosion. 54 vehicles were completely burnt, nine burnt bodies were recovered , four people were rescued and they have been taken to the hospital. ”

The accident caused a standstill traffic as cars coming towards the area could not move, while a lot of passengers had to start trekking .

Many sympathizers surrounded the area , while the police and other law enforcement tried to keep people from staying close , because of fear that another explosion could spark from the flames .