Tourism & Culture : The Reason Why The Himba People In Namibia Don’t Take Baths 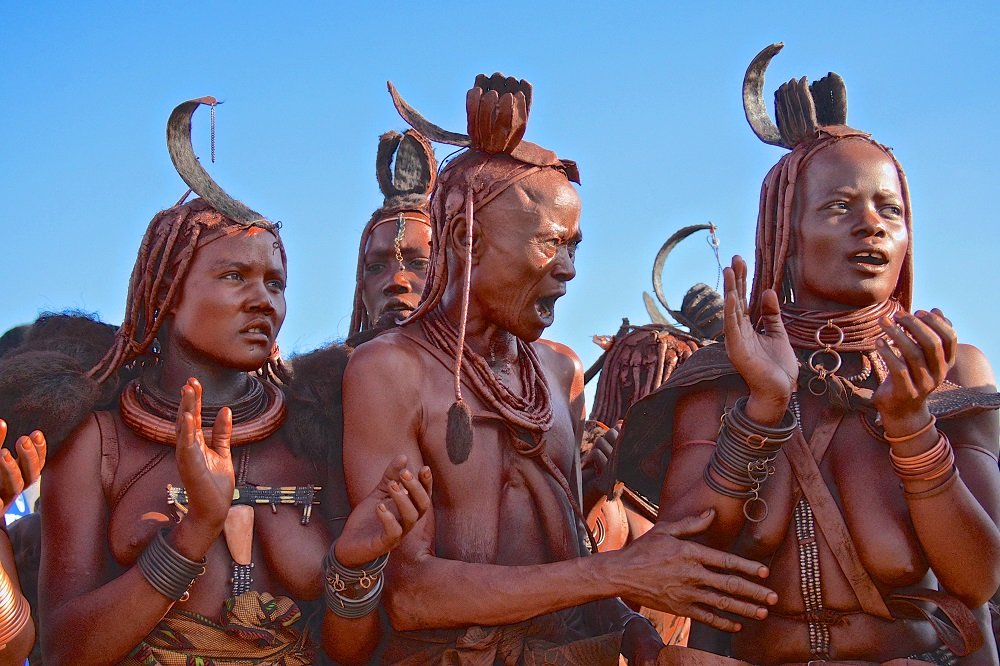 Namibia is a beautiful country that sits in the southern part of Africa. The country has a beautiful landscape that is dotted with glorious mountains, the Fish River Canyon, gold-grass plains of the Kalahari and wildlife. All of these make Namibia an interesting tourist destination

However, the peculiar custom of the Himba tribe in Namibia has brought her to the international spotlight, especially in recent times.

The Himba people, also regarded as the Omuhimba or Ovahimba people, live in northern part of Namibia, especially in the Kunene region. Their numbers are big enough to form a city-state.

What makes this tribe so popular has to do with their way of living, clothing, economy, and interesting customs. One of the grapevines is that they offer guests sex for free and another point is that they adorned every newborn baby with bead necklaces. But there are other interesting facts about them. 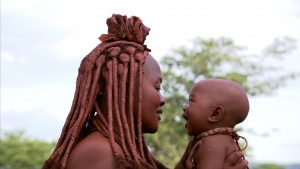 Their lack of bathing, however, has not resulted into lack of personal hygiene as they apply red ochre on their skin and partake in a daily smoke bath in order to maintain their hygiene.

Reuben Coussement described this process, “they will put some smouldering charcoal into a little bowl of herbs (mostly leaves and little branches of Commiphora trees) and wait for the smoke to ascend. Thereafter, they will bow over the smoking bowl and due to the heat, they will start perspiring. For a full body wash, they cover themselves with a blanket so that the smoke gets trapped underneath the fabric.”

In all of these, however, the Himba people are one of the warmest tribes in Africa and are courteous to strangers and visitors alike. They, however, frown at anything that will threaten their cultural values and traditions. Their frustrations at some interventions by the Namibian government, governments of Norway and Iceland, among others are evidence of this fact. 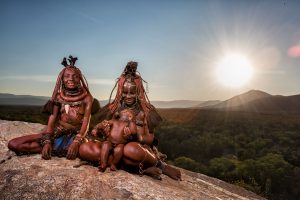 like the Japanese who lived in isolation for much of their history under the Tokugawa Shogunate, the Himba people practically live in seclusion and are wary of external contacts. Although they engage in cooperation with neighbouring tribes; they would resist any form of contamination to their beliefs and culture. This is quite curious in a nuclear age.

The Himba people are predominantly farmers. They raise different breeds of livestock especially goats, cattle, sheep, etc. The women are largely preoccupied with collecting firewood, sourcing for fresh water for consumption, cooking and serving meals and engaging in other forms of artisanship.

Some of them are socially inclined and religious, worshipping the gods of their ancestors. The Himba people believed in polygamy and many of their young girls married off at an early age. This is not peculiar to them as most traditional African tribes still practice this custom.

It is not the case however that they don’t bath even if it’s not with water. One of the reasons why the Himba people don’t bath with water is because of their harsh climatic conditions as they live in one of the most extreme environments on earth. The harsh desert climate and the unavailability of potable water prevent them from having a ‘normal’ water bath. Yet, they looked extremely pretty with their traditional clothes, some of which exposed their bodies especially the women.