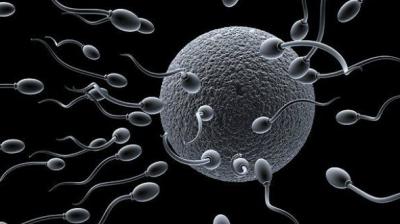 Called superfetation, it is rare phenomenon where woman’s egg is fertilised by sperm while another egg is already growing in womb. 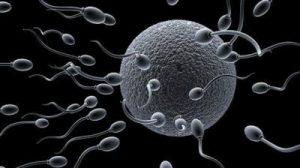 However impossible or nightmarish it may seem, it turns out that women can actually get pregnant while they are already expecting a baby.

Called superfetation, while rare it does happen when a woman’s egg is fertilised by sperm while another fertilised egg is already growing in the womb.

While doctors still don’t know exactly why this happens, a spike in reproductive hormones is thought to be a key player.

It referred to a case study in which one foetus was noticeably smaller than a twin foetus in the same mum – which medics put down to one being conceived after the other.

A 1992 French study followed the case of a 32-year-old woman who was pregnant with two babies that had a four-week size difference.

When they were born, one was a month older than the other – leaving doctors baffled

The woman experienced a normal 28-week cycle during her pregnancy and doctors believe her second baby was conceived after her second menstrual cycle once she had stopped taking contraception.

The twins grew at a normal rate for their age, but were born at the same time meaning the baby conceived second was born premature.

In another case, an Australian woman who thought she might never become pregnant gave birth to twins conceived ten days apart, reported the BBC.

Kate Hill was receiving hormone treatment for polycystic ovary syndrome, a condition that stopped her from ovulating.

She appeared to have conceived twins at different times despite only having unprotected sex once during that time.

The twin girls were born with different sizes, weights and gestational development, according to reports.

Experts believe that women who are receiving hormone treatment to boost fertility during IVF are more susceptible to superfetation. This is because their ovaries are being stimulated in preparation for a baby.

One thought on “Shocking: You can get pregnant,while pregnant(Called superfetation)”